Love Stories on the Beach

Imagine a literary prize that offers no cash but an all-expenses-paid two-week retreat at a luxury resort on a tropical island.

Le Prince Maurice prize is sponsored by the five star hotel with the aim of raising the profile of Mauritius as a holiday destination, and it is awarded to the best literary love story and recognises "writers of the heart" as well as literary merit. Author Tim Lott who set up the prize in 2003 explains:

Many literary prizes are prejudiced against those who have the skill to capture emotional rather than intellectual realities. The Booker, for example, rewards technical ability, but neglects humour and love stories. ... I wanted to make this a prize that was about quality rather than genre, and about the tone of the books. The variety of literary love stories is incredible and there will never be clear boundaries - the book could have a tender voice or be about family love as well as romantic love.

The prize is also unusual is that it is for novels in English one year, and novels in French the next. The defintion of love is interpreted very broadly, the Guardian reported back in February: 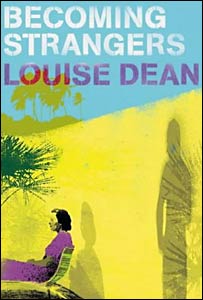 It includes Louise Dean's touching, tragic-comic debut Becoming Strangers, about two married couples in their 50s and 80s, and Joanna Briscoe's dream-like tale of a love triangle, Sleep with Me. They are joined by Rachel Cusk's domestic drama In the Fold, Nicholas Bloncoe's pacy historical novel Burning Paris, Cris Freddi's moving tale of friendship and ornithology, Pelican Blood, and Ben Markovits's Either Side of Winter, a series of linked stories. Also on the longlist are Zade by Heather Reyes, Clare Sambrook's Hide and Seek, a tale of a missing child told through the voice of a nine-year-old, Kamila Shamsie's Karachi-set Broken Verses, and Tricia Wastvedt's suspenseful novel The River.

The writer who finally got to pack her suitcase for the award ceremony on May 27th and a well-deserved holiday (er, sorry, writer's retreat) in the sun is Louise Dean for her tragic-comic first novel Becoming Strangers which was also longlisted for the 2004 Booker Prize and carried off the Betty Trask award.
Posted by bibliobibuli at 8:33 am