The Sex Life of David Herbert 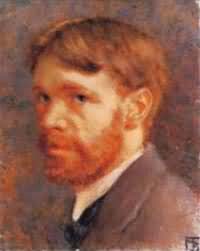 Lady Chatterley's Lover created a storm of controversy when it was first published: never before had any novelist written so frankly about sex. And the book remained banned in Britain for three decades until the famous obscentity trial at the Old Bailey in 1960. (It's apparently still banned in Malaysia where the censors haven't woken up to the fact that it is pretty mild fare compared to much of the fiction that's on our shelves!)

In this fascinating article from the Guardian Doris Lessing talks about Lawrence's sexual relationship with his wife, Frieda, and how the tuberculosis he suffered from while writing Lady C. heightened his sexuality and its feverish imaginations but at the same time cruelly caused impotence.

Lawrence lived in an era that "was sexually ignorant to the point these days that it is hard to rmember it or understand it" and Lessing claims that Lawrence was clued up about some aspects of sex, but totally ignorant about others. (I leave which and what for you to discover!)

Lady Chatterley's Lover for all it's reputation for being a racy read, a smutty book, is a beautiful novel about the power of sex to redeem the human spirit, and I was much moved by it when I read it as a teenager going through my Lawrence phase and feeling that no writer before had ever come so close to understanding what I felt. Lessing tells this wonderful story about another reader greatly affected by it:

I once owned a farm cottage on the edge of Dartmoor and I often drove up and down from London, giving lifts, as in those days we thought nothing of it. Once, coming up from Devon, I stopped near Salisbury Plain, where they train soldiers, to give a lift to a very young soldier who I at once saw was in an unusual state of mind. He was flushed, smiling, could not stop talking, sometimes exploding in a young laugh, surprising himself and me. He was in love. Scarcely conscious of me, the middle-aged woman driving him up to London and his true love, he had to talk, had to tell someone ... he wished he could tell me how he felt, he didn't have the words, but did I know this book here? And he brought out a copy of Lady Chatterley's Lover. A friend had given it to him, saying it was all about love, and yes, he was right, this friend, he had never read anything like it, well, he wasn't really a reader, actually this was the only book he had ever read. But he had read it several times, and kept finding new things in it. Had I read it? he wanted to know, and if not I must look out for a copy. Then I would understand what he was feeling now ... and there he sat, all the way to London, Lady Chatterley's Lover in his hand, smiling, laughing.

Posted by bibliobibuli at 8:24 am

It was a pretty dull book, wasn't it? I read it in my teens - found it on sale at some book exhibition at University Malaya in the mid 80s haha! DH Lawrence reminds me of Lady C's impotent husband - what was his name now, Clifford? Clifton?
Regards,
John Thomas :-)

dull??????? perhaps to you! maybe i'm wired differently ... wept buckets at that bit with the little fluffy chicks ...

Penguin Special, that biography of Sir Allen Lane, has an interesting chapter on the Lady Chatterly obscenity trial.

Which reminds me of a joke my mother once told me: "What do you get when you cross Calvin Klein's Obssession with his Eternity?" 'Obscenity' " !!!

Maybe I should pick up a copy as a gift for someone then borrow it from them...

sympozium - i want to read the biography of allen lane ... saw it in times and now regret not grabbing it ... keep looking on abebooks to see if a cheap copy comes up

ted - anyway that's what mph and silverfish told me so i guess there's a list somewhere where someone's forgotten to cross it off ... you should read lawrence for sure but i think women in love and the rainbow are much the better books ... and his short stories and poetry are superb

I remember reading Lady Chatterley's Lover when I was in uni...did go through a DH Lawrence phase myself. I just love his writing. Hmmm...didn't know its banned in Malaysia still. I "smuggled" my copy back from UK unknowingly I suppose...;-)

Sharon, I'd be happy to lend you my Allen Lane. Times Bookshop at KLCC has also brought in a batch.

i first got to know lady C through a soft porn film... it was a long long time ago during my early teen years when believe it or not Malaysia was so much less prudish... we had 18+ category for films then and that cat. alone made me go and watch anything ...some in foreign (non english)language. i would save my 30 cents daily school money and by weekend i'd save maybe 70 cents and that was enough to bribe the guy who checked the entry tickets...for that was the only way i could get in because i was only fifteen and did not exactly look like an adult... i would tell my mom I had an additional afternoon tuition and i'd make sure my bus pass was not punched so that I could reuse it on the same day twice...I went to a lot of ummm 'afternoon tuitions' in my form three.... i read lady C in my early twenties...

Sounds like a great book. Why would anyone consider banning it.

Ah! Lady C's Lover: Brings back memories. I was in early secondary. Mom, a teacher tought in the mornings while I was in the afternoon session.Bored out of my skull seeing text books,I started rummaging through her cupboard of books,stumbled upon a dusty copy of Lady C's, flicked through the pages before alighting on the first of many sex scenes. FELT like I never FELT before.Feverishly thumbed through the rest of the book devouring the naughty bits in large heaving bites.Naturally, didn't bother reading the rest. I know it's about the wife of an impotent man who shags her game-keeper rotten. At that age, you skip the vegetables to get to the meat, you know?

Nerts. I preferred Shirley Conran's "Lace". That answered a whole lot of questions I'd never have the courage to ask (like "what do you women think of their boobs ?")

actually that should have been "_your_ boobds". I'm getting old. :P

Uh, that should have been.. never mind :P

Never read the infamous Lady C's Lover. If it's an exploded version of Gloire de Dijon, Sharon, (Woooooooooh! hot hot!) I think I must be missing something.

But I had a different -- borrowing Krishna's metaphor -- cut from the cow.

Younger, I found a book hidden on the top shelf of a closet in my uncle's house while playing hide and seek with my cousins. I think it was left there by the previous owner of the house because my uncle had just moved in, and the book was already caked with dust.

And now, almost 20 years on, I have a feeling that it was quite disturbing to an eight-year old -- I don't remember the title, and I have no idea where the book is now. "Suppressed memory" is not the right term, but it's the first thing that came to mind.

Yes, LACE was a much better book! Loved the tagline on the cover: "The Bestselling Novel That Teaches Men About Women, And Women About Themselves".

And the 'goldfish trick' hahah!

The miniseries was great as well. But LACE 2 was crap...

thaatch - i heard from the bookshops (kino, mph)it was on a banned list but there are still copies around

james - it was banned in britain and america in more prudish times ... and since those here who ban books probably never read them, no-one has thought to officially unban them!

krishna - you skip the vegetables to get to the meat, you know? ... that is so funny! i wrote about my sex education through books some time back

anonymous - i never read "lace" - remember it being on tv here and the word "bitches" in the first line being bleeped out by censors so it was "Which of you beeeeeeeep killed my mother?" ... the word "bitch" to a british person is a very mild word, so i didn't really get it

machinist - robot, geisha and banana? *LOL* i wonder that you're not completely screwed up (or maybe you are!

I can't - shouldn't! - explain the goldfish trick on a decent site like this! Briefly it involved Abdullah, the Arabian prince, one of his many women, and a bowl of live goldfish next to their bed
:-) The SPCA would have had a fit. I wonder if Shirley Conran learned it from Sir Terence!

even my naughty mind can't imagine waht possible use can be made of goldfish in a bedroom scene ... tried googling it but didn't find it ...

but if you're too shy, don't worry

Yeah cultural sensitivities.. I remember there was a huge furore over the word "bollocks" though. Over here "bollocks" probably wouldn't get censored :)

Lace is a great book, helped me understand a lot of it. Probably too close to the truth for many women, ha :)

I named my blog persona after a character in Lace. Wonderful pulp. The goldfish thing was certainly original.

the goldfish thing in Lace?
you know, where he puts a goldfish in his lover's vagina and sucks it out.
all in a romantic sense, of course.