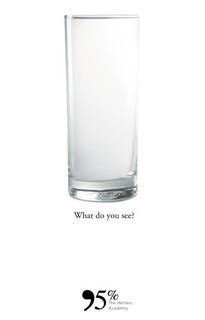 Razlina at 95% The Writer's Academy invited me to be a panellist for a most interesting event called "Pitching Night".

The three of us, filmmaker/activist Hishamuddin Rais, Dhojie (Why do I never seem to be able to escape these kutu guys?) and myself were asked to listen to and judge three students from the Story Writers in Progress course who were "pitching" their stories.

Now "pitching" is a term I'd never heard until recently and made friends with a copywriter. It means making a presentation to sell an idea to a potential client, I gather. Fine with a concept for an ad, but a strange thing to do with a story, I thought.

There were three students whose work was up for scrutiny. Each presented in turn with very nicely produced power point slides to underline their points. The first had the outline and first chapter of a self-help book cum novel. The other two were pitching film ideas. And we were three formidable judges, in a scenario reminiscent of Malaysian idol. Hishamuddin was the bad guy and gave the toughest feedback, though in every case it was spot on. And he stirred things up a bit too, much to the delight of the audience. ("Where's the sex? Come on, you must show us this guy's a wanker ...")

They all did pretty well with their presentations, though I felt that in every case they were trying to be terribly over-ambitious, with plots that were just way way too complex and not enough understanding that good stories must be primarily character driven.

The potential novelist had a good idea basic plot but I am not sure that she will be able to make her character's change of heart (on which the whole novel turns) convincing to the reader. I told her afterwards to fastwrite the whole thing and let the characters take charge of the story, because they would know better than her where to go with it.

Hishammudin spoke about hating stories with too obvious a moral purpose. ("I dislike all morality," he said. I've had a stomach full of it too, particularly after training teachers for schools here where every lesson has to have its laboured "moral value".) In fact there's no need to have novels which are overtly didactic - if the book is well written we will learn from it anyway!

The second presenter had a very nice idea for a film, I thought, with a character Hishamuddin called a Mat Rempik (a motorbike-riding excitement-seeking young Malay man, I gather). I liked his basic concept, the small guy (a pizza delivery boy) with big dreams who has to clear his name when he is wrongly accused of a murder.

The third presenter had a love story. Dhojie and Hishamuddin were quite right to keep stressing the fact that you couldn't write a film-script in a vacuum - you had to know the whole lineage of great films in that genre and understand how they work. 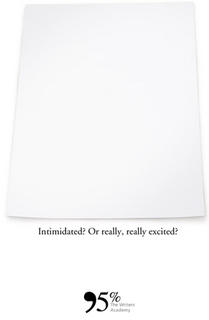 They pointed out too that a love-story couldn't work without some kind of obstacle to keep the lovers apart. (It was too easy for this well-heeled couple from Ampang, they didn't have to fight to win each other.) I didn't feel her characters deserved love at all, they were so anaemic and non-descript. "We have to care about them first, before we can ever believe that they might care for each other," I said.

(I think the word "love" is all too casually tossed around, anyway ... I think it should have a tax slapped on it to make people weigh its use more carefully. Miserable old cynic I've become.)

Anyway, it was a good evening with some important points about story-telling in the Malaysian context brought up for discussion.

Thanks for inviting me along, Raz. I was very happy to find out about other creative writing courses in the city and make contact with you all. And thanks for the gift of the writer's notebook.
Posted by bibliobibuli at 11:11 pm